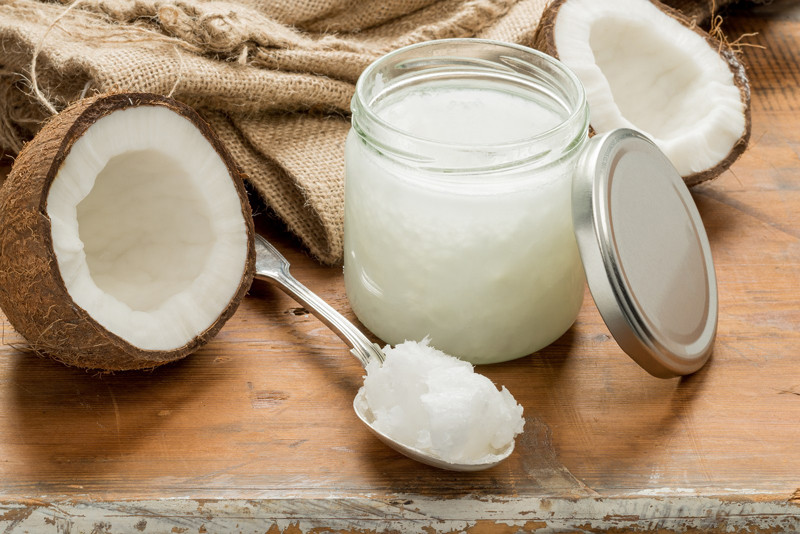 Coconut Oil: What’s All the Hype About?


Coconut oil is, quite literally, amazing. While there are a lot of items that claim to be a superfood, coconut oil truly flies to the top of the list! The use of the oil benefits many areas of the body, including your brain, heart, joints, skin, and more! As coconut oil is now widely available (albeit of differing grades) and not overly expensive, just about anyone can begin to live and eat healthier due to this wonder oil.

How Do I Really Know it Works?

A great many supplements and “health” items claim many benefits, but there sometimes is little evidence to back it up. Fortunately, coconut oil has become a mainstream item, and there have been many tests and studies performed on the oil and its claimed benefits. There are literally thousands of studies on just about every benefit of the oil. One of the biggest healthy things about the oil are the MCFAs it is loaded with.

An MCFA is a medium chain fatty acid. The three main ones found are caprylic acid, lauric acid, and capric acid. Nearly two thirds of coconut oil is made up of these three awesome healthy fatty acids, and over ninety percent of the fat in coconut oil is healthy saturated fat. Since the vast majority of the fats we digest take a long time, and MCFAs digest much more quickly, they are a great source of energy, as one molecule of fat gives off almost double the energy of one molecule of carbohydrates. They are also not as easily stored as regular fats, and are easily processed by the liver… i.e. more energy, less storage.

What Does All This Mean Health-Wise?

There’s a laundry list of benefits from consuming coconut oil. Just the proven ones include: increased fat burning, killing harmful microorganisms such as bacteria, viruses, and fungi, reducing hunger overall, raising levels of HDL cholesterol (the good kind!), boosting brain function in Alzheimer’s patients, treating urinary tract and kidney infections, lowering blood pressure, reducing inflammation, helping arthritis pain, improving memory and brain function, raising the level of your metabolism, improving digestion, soothing ulcers and preventing them, reducing symptoms of gallbladder disease and pancreatitis, preventing osteoporosis, fighting against Type II Diabetes, and building muscle. A great deal of these benefits comes from the MCFAs and the ketones produced when digesting the oil. It also has a high level of antioxidants, which are good for your body in moderation and appropriate balance.

It Can be Used Externally Too!

Coconut oil is also great for the outside of your body. The ingredients in it which help you internally also help to externally smooth your skin and hydrate it. It works especially well for people with dry skin, eczema, or even on sunburns. As coconut oil has been shown to block twenty percent of ultraviolet rays, it can even be used as a weak sunscreen in a pinch, or as a natural and healthy ingredient in homemade sunscreen. By using coconut oil as a conditioner for hair, it can seriously reduce damage done to the hair from the elements and the sun’s harmful rays. Both women and men can benefit from coconut oil as a natural shaving cream as well, as the skin is refreshed, moisturized, and nourished after use. It’s also great and safe for babies, a perfect and completely natural baby lotion and/or diaper cream.

I Don’t Cook Much/Like the Taste

This is understandable, considering the fast paced world we live in. Fortunately, there are other people out there who don’t get a lot of time to cook, or don’t like the taste of coconut oil (or have a family member who doesn’t!) There is a way to get the benefits of coconut oil without eating it with a spoon or having to cook every day. Soft gel capsules are available which makes getting a daily dose of coconut oil a breeze. It’s especially easy for those who don’t make their own lunches or travel a lot, as taking a few gel caps on the road is a lot easier than lugging around a tub of oil!

Losing Weight Can Be Great!

One of the big benefits (that leads to all sorts of side benefits!) of coconut oil is its appetite suppressing qualities. It helps you to keep from overeating or snacking on bad foods. By boosting the metabolism and being easy to digest while giving up a lot of energy for the body to use, you will have more pep, less appetite, and make it easier on your digestive system.

It could be! Certain populations around the world which have a high diet in coconut have been shown to have a higher level of general health, lower levels of diabetes, and much lower rates of heart disease (the number one killer in the Western world) than other populations around the world. Adding this wonder oil to you and your family’s diet could change your lives and health for the better!

6 of the Worst Hidden-Calorie Offenders


The Benefits of Just Walking


Where Does Fat Go?